North Tamiami Trail turns into 14th Street W. at about the Sarasota/Bradenton line. As a supplement to What It Used To Be in Sarasota, FL, here are some business establishments that are or have been located on 14th St. W. (U.S. 41) in Bradenton listed by street number. The list will be expanded and updated. Photo credits: Bradenton Herald 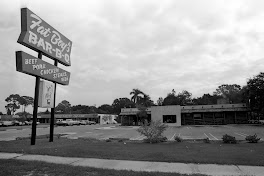 4711 - A McDonald's restaurant has operated at this location since June 1965.

4723 - This used to be the short-lived Wagon Ho Restaurant (built to replicate a covered wagon), which opened in October 1969. By 1971, the building housed the motor home and truck center for Jim Boast Dodge. 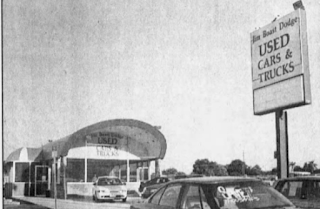 4827 - Bob Boast Volkswagen started as Jim Boast Dodge all the way back in January 1964.

5051 - This used to be Kissin Cuzzins' The Shrimp Boat Restaurant from late 1970 until 1975. It then became Tin Pan Alley Restaurant from October 1975 until 1991. After that it was Stacey's Buffet from October 1991 until 1994 and Roadhouse Grill from February 1995 until about 2007 before being torn down, although the Roadhouse sign still stood for a few years after closing.

5105 - Ker's WingHouse Restaurant (since September 2007) used to be Kissin Cuzzins' Restaurant from 1968 to about 1991. It then became City Slickers Steakhouse in October 1994, Two Senoritas Restaurant in August 1995, The Gathering Restaurant in September 1997 and Diamond Billiards and Grill (later Club Diamonds and Diamond Sports Palace) from about 1999 until 2006, 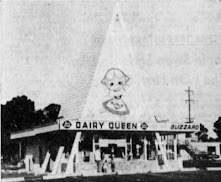 5411 - This has been a Wendy's restaurant since 1976. Earlier at this location beginning in 1963 was Carl Weldon Mobile Home Sales and later Franklyn Homes.

5427 - IHOP Restaurant (since about the start of 1997) used to be the location of ironically, an IHOP (then known as International House Of Pancakes) Restaurant from 1979 to 1988.  It then became Wings & Curls from 1988 to about 1991. After that, it was Steve's Pizzeria & Restaurant and then Thai Pepper Restaurant from the start of 1993 until 1996 before being rebuilt into the new IHOP.

5520 - The former Joyland (2008 to early 2020) used to be Village Barn from at least 1955 until 1995. It then became Outerlimits Entertainment Complex and Beaches Bar & Grill in early 1997 until early 2003, when it was changed to Club Heat and Rockerfellas. Back in the late 1930's and early 1940's, the Old Mystery Ship sandwich shop was at this location in which the shop was built under a small plane that had mysteriously been parked here .

6828 - Dollar Tree (since about 2016) used to be an Eckerd Drugs store beginning in November 1970 for about 30 years. It later became a Family Dollar store in September 2003 before switching to Dollar Tree.

Popular posts from this blog 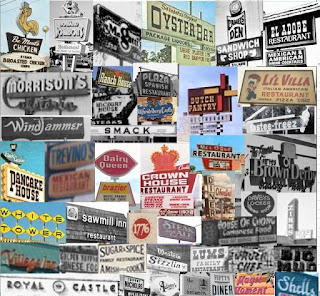 Did you ever wonder what the restaurant, grocery store, department store or bank that you shop or patronize while in Sarasota, FL used to be?  Maybe not, but if you have, here are some of them listed by street name and street number (the list will be continuously expanded and updated).  To search for a particular business or street, hit the " Ctrl " key (lower left area of your keyboard) AND the letter " F " key at the same time.  Credit for much of the information goes to the Sarasota County History Center and the archives of the Sarasota Herald-Tribune and Sarasota Journal.  Cover Photo : Collage of Sarasota restaurants of the past. Credit to If you grew up in Sarasota, FL...then you remember for many of the photos. Below: Sarasota signs of the past.  Note: The names of the current business establishments listed below may have changed for any given address since the post was written, although I try to update them as often as possible. 1st Street
Read more
June 03, 2021
Party In Sarasota Like It's 1989! 1989 seems like it was yesterday, but 33 years is really a long time.  To put it into perspective, I began 1989 in my late twenties and am now in my early-to-mid sixties. And so many changes have happened since then. We were renting VCR tapes to watch movies and listening to music on boom boxes and walkmans (still using cassette tapes) or on our brand-new CD players (I loved my 5-disc CD changer!).  We were making phone calls on our home phones or any pay phone we could find if we were out. And some of us were lucky enough to have a personal computer, but all you could do with it was to run mostly slow programs installed on its hard drive.   In Sarasota as far as retail goes, Sarasota Square Mall was riding high with a new wing being built and a new anchor store (Parisian). Gulf Gate Mall was still hanging in, having gone through extensive renovations two years earlier and with new restaurants, including TGI Friday’s and Hooters. For depar
Read more